I don’t usually do movie reviews on my fitness blog, but this documentary is based on new technology that provides scientific evidence of exactly what humans ate as far back as archeologists have found human remains. Vegetarians may not agree or like this, but this is not an attack on you. I’m just reviewing and recommending you see the movie, “The Perfect Human Diet“, released in 2012.

New technology (2012) provides insight into previously unknown information about our ancestral diets and the results of changes in diet by breaking down the proteins left in the bones archeologists have found over the years. For example, the movie claims the Paleo Diet is the perfect diet for humans based on the human diet during the Stone Age. It was not until humans began cultivating crops about 30 to 40 thousand years ago that we had wheat, yeast and gluten (see my earlier blog post on gluten) introduced into the human diet. Prior to humans participating in agriculture the diet consisted of high protein based on animals and fish, and human health during this time has been scientifically proven to be superior. Humans were stronger, healthier, exercised more, and did not work as many hours (planting and harvesting).

This documentary notes that a decline in human health starting with agriculture. Furthermore, they conclude that the cranium today is much smaller than the paleo human, which grew substantially once humans started hunting and eating animals. The jaw, as you would expect, is also much smaller today, which explains why the majority of people have to have teeth extracted early in life to allow room for more teeth. Sadly, human’s overall bone density has decreased since we began participating in agriculture.

As stated above, based on scientific evidence presented, C.J. Hunt calls the Paleo Diet “The Perfect Human Diet”, and that it is the answer to the obesity epidemic and diet-related disease. The findings go on to say that animal protein and fats are irreplaceable in an optimal human diet. If this is a fad diet, it’s a 2 Million year old fad.

Regardless of your beliefs, I urge you to watch the movie. You can rent the movie on iTunes or Amazon Prime for $3.99. It is NOT available for streaming on Netflix, but it can be ordered for rental on DVD.

While the diet in my book, “Fat Burning Secrets” is based on the Zone Diet for macronutrient proportions, it is also paleo based on the recommended food sources. You can get my book in the Kindle Store. See http://FatBurningSecrets.tips for more information about my book.

I encourage you to be heard by commenting and sharing this post.

Good health is the Greatest Wealth,

Use the Placebo Effect to Fuel Fitness Motivation Next post 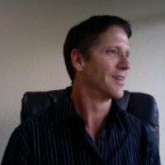 Don’t Give Up Your Favorite Foods to Eat Healthily